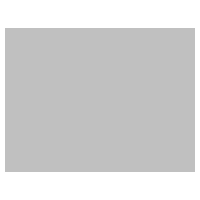 It is the story of a piano that changes owners over several decades. The piano causes an accident in which the girl Emma gets hurt. Branded by her injury, she waits in solitude for the end of war and the arrival of the man she loves… suddenly she gets a chance to fulfill all her dreams, but she begins to question – is it not too late?

Don’t Look Back, My Son

A partisan returns to town to find out what happened to his son, if he remembered him at all. He finds out that his son is in the boarding school learning to hate communists and partisans. He decides to take his son to the freed territory, but that is not an easy task…

This is an action drama/catastrophe film that tells the story of different people who travel on a bus and a truck driver. The bus and the truck will collide in a rainy night and only a few passengers will survive. H8, part of the license plate, is all that is known about the vehicle that caused this accident… According to many, this is the best film by Nikola Tanhofer. It won two Golden Arenas – for the best film and director – and the audience award Jelen at the Pula film festival.

Dalmatian inland. Josip is a mean man driven by his passion for Smilja, whom his father adopted when she was a small girl. Smilja prefers the sensitive young Ivan who is in love with her and that drives Josip crazy from jealousy. Therefore, he decides to kill the innocent young man…

This film consists of three separate stories loosely linked by a group of partisans who have found themselves in a house surrounded by the enemy. The first part tells the story of an escape from a concentration camp, the second is about a pair of funny and ingenious partisans, and the third is a lyrical story about love troubles and impossibility of an emotional relationship in the time of war. This is the last film by Marjanović, made as an omnibus (at the time a very popular form i...

A young doctor, Jure, arrives with his wife to a backward little town in a swamp area. Soon there is an outburst of fever among the inhabitants and the doctor wants to treat it. However, the people from the village are superstitious and instead call the village sorceress. Then someone is murdered and the doctor, with the help of a young girl, sets off in search of the killer…

Kinotuskanac.hr uses cookies in order to provide a better user experience. By using kinotuskanac.hr you agree with this policy. More info